Like everyone else, I've been spending the last few weeks creating my sketchbook for The Sketchbook Project, due on January 15th. Way back in October when I first registered, I had the idea of making little weaves to slip into the pages. However, when I started working on my Foreclosure quilt series, I knew this would be the perfect opportunity to speak out about the crisis ... but how?! Well, here's the start of it ... fabric, in the sketchbook you ask? 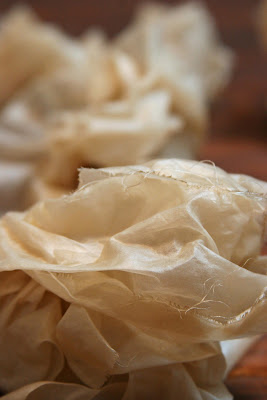 Yes, it can be done! I decided to create fabric maps of neighborhoods across the United States that show foreclosed lots on tea stained fabric. I tea stained them to make it look more like the earth (white seemed too pristine for this). Tea staining is addictive, by the way. 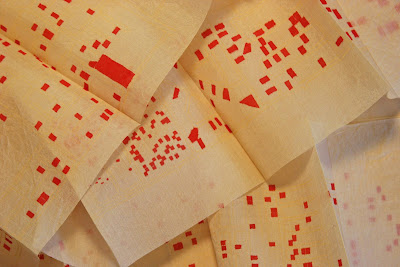 I chose a translucent fabric so when the map is folded, you will see a blur of red seeping through the layers, well, hopefully that comes across. Now I had to figure out how to slip these pages into the sketchbook. I took it apart, found some wonderful two layered paper from a sketchbook I bought years ago in Japan (never throw any art supplies away, they will come in handy ten years later). Once I've re-bound the book, I'll slip in the fabric sheets and glue them between the papers. 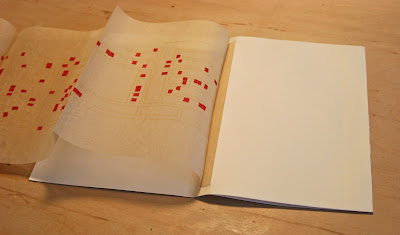 Now re-binding. I also had bookbinding supplies that I hadn't used in years, including waxed linen binding thread and binding needles that I finally put to good use! 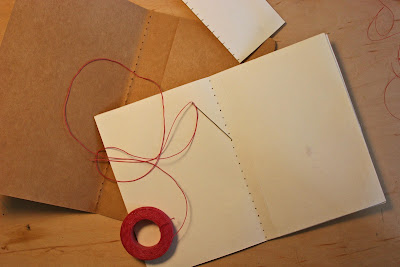 And now for the cover. I hate this part, making a commitment and hoping you don't mess it up since you can't redo it. I went back to my old urban planning days, when I drew neighborhood maps all day, not knowing that I was doing my part to create this entire crisis in the first place. It was surprising to see some of those very projects riddled with foreclosures today. I'm trying to figure out how to confront that fact.The theme I chose couldn't be a more fitting title, "And then there was none." Some of these neighborhoods are being raized over or left as ghost towns, Detroit and Cleveland are prime examples. 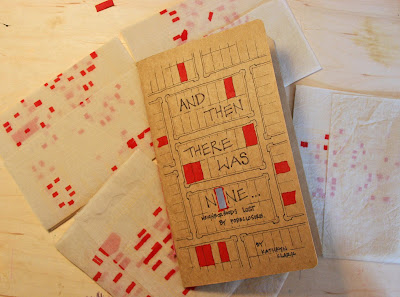 The cities I chose to include in the sketchbook were Merced, CA, Las Vegas, NV, Denver, CO, Detroit, MI and Cape Coral, FL. From coast to coast, urban and suburban cities, no place has been spared. Hopefully, this will call more attention to the problem in my own little way.
at 10:13 AM

Amazing!!!! I love it, thanks for sharing.

What a wonderful pairing of textile and paper.

I've done some bookbinding - it's addicting!

Kathryn! I am so proud to be your friend! It is absolutely gorgeous! The concept as well as the art!

this is a wonderful little book; is it a one off?

I just have to say it again. Really wonderful work Kathryn. Very inspiring to me.

Thanks everyone for the supportive comments! Abigail, quite a few people seem to be taking apart these sketchbooks and reassembling them with different paper. I haven't seen any fabric ones yet though ;-)

Hi Kathryn,i think it's a brilliant idea!the implementation of your idea is just beautiful!

Hi Kathryn, we met back in October in BYW and are connected through flickr. I saw your photos of the sketchbook project and wow....this really hit home to me as my neighbors house was foreclosed during the first week of December...he is a dentist and has had lupus for two years. He has 5 children ranging in age from college to 3years old...mom stys home to raise the kids...they are a wonderful, wonderful family and have been awesome neighbors....it can happen anywhere anytime and I am so glad you chose this as your medium.......I m sure it will rise awareness.....bless you, sarah

I'll race you to the post office on the 15th!

I love your book.What a wonderful use of art to create awareness of problems in the "real" world.
I plan to go to see the sketchbooks in either Portland, ME or Brooklyn and will look for yours. I'm still working on mine but will be at the post office with it on the 15th.

Susan
(we met online in the Pikaland class-wondering how many Pikaland alumni are doing the Sketchbook Project ?)

How are you Susan? I can't wait to see your progress. Two more days! I know Kitty is wrapping up her book (see her link above in the comments), not sure about anyone else.

Amazing Kathryn! Would love to see it for real (to touch it..)
Thanks for sharing! 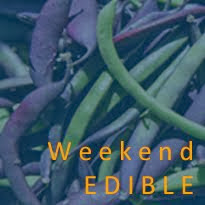 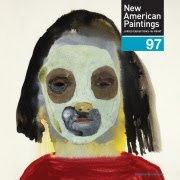